You are here: Home / Blogging / Monetising my travel blog – come along for the ride

I’ve got a big and important goal this year: to turn my nearly nine-year-old travel blog Not A Ballerina into something that doesn’t just sit there on the internet looking pretty, but actually puts a decent amount of food on the table. 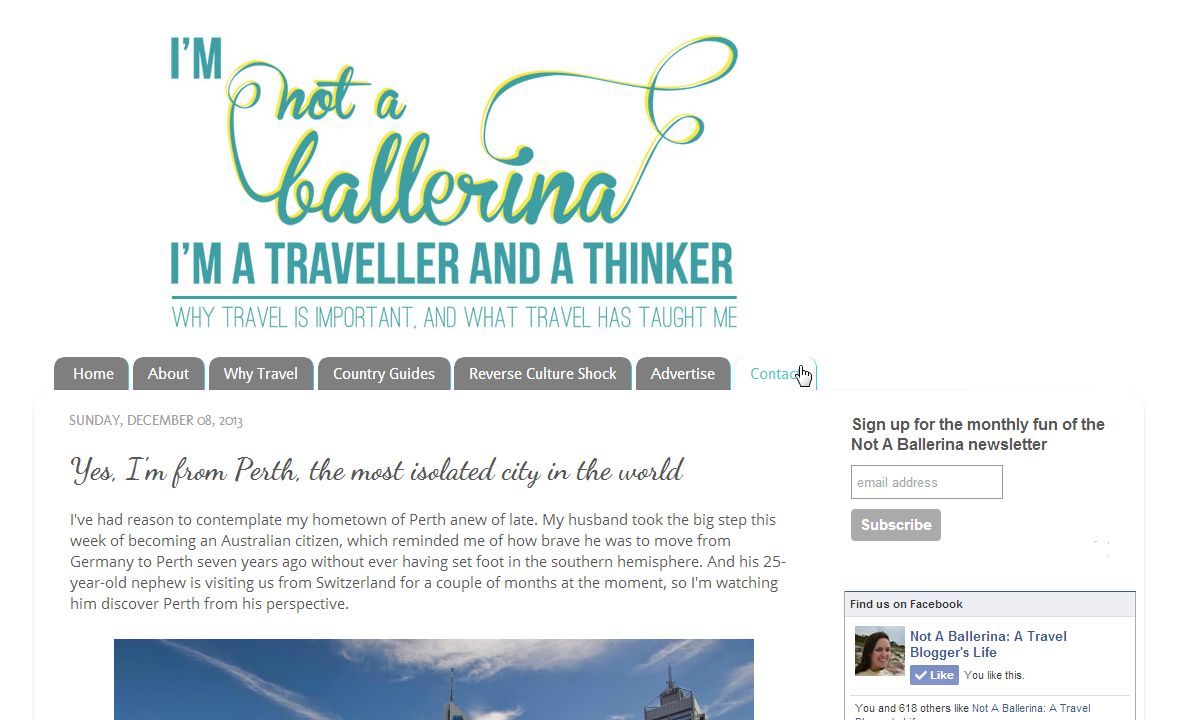 I am really keen to monetise my blog properly – for lots of reasons:

So, I’ve got lots of reasons, but do I have a strategy? Well, not yet, to be honest. But I thought you’d all like to come along for the ride and so I’m giving you the real behind-the-scenes info. First off, my travel blog has made me a decent (if irregular) income over the years. Initially, it was a basis for getting freebies (usually hotels and museum entries) when I lived in Europe. Later, before selling links was frowned upon, I did that and it certainly helped me pay the mortgage. In the last couple of years, I’ve done sponsored posts (but only (a) for companies that I deemed OK and (b) if I was able to write the post in my own normal style); I’ve experimented with some sidebar advertising; I’ve had a couple of affiliate programs running; and I’ve done a few reviews in exchange for lovely stuff that I actually needed. But in most cases, the sponsor/advertiser/link buyer came to me, rather than me going looking, so obviously, there are plenty more opportunities out there.
Now, I’ve long been a big fan of bloggers who are really transparent about how they monetise their blogs, especially because we can learn so much from them. My favourite is actually from a food blog called Pinch of Yum, where they publish a monthly post about income, traffic and blogging tips. Given that they’ve increased their monthly profit from around $5,000 a month to $17,000 a month in the past year, I figure they are onto something, plus they break it all down so you can see their diverse income streams, traffic sources, and more. My idea is to do something similar as I work on monetising Not A Ballerina – although I think I’ll report back on a quarterly basis.
So, some brief facts via Google Analytics so that we have something to compare next time round: 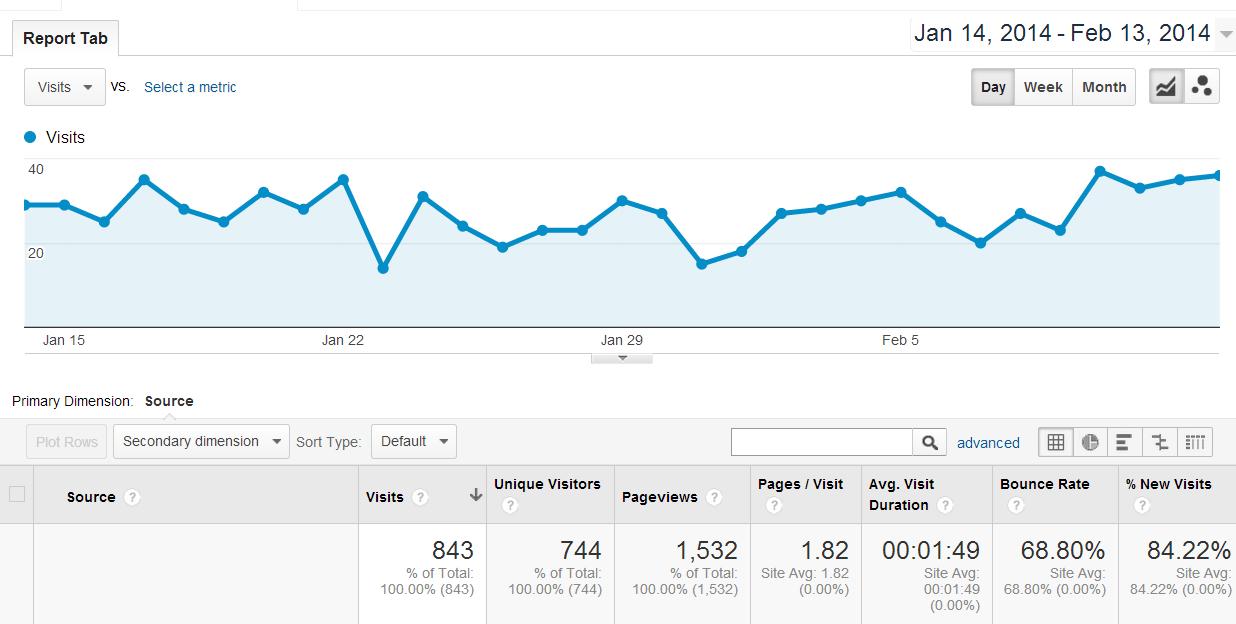 At first I thought – oh no, what a terrible month for my blog (my first post FOR THE YEAR! was just this week) but I’ve realised this is really a good thing: next time I report in, I should have (fingers crossed) considerably better figures than this and I’ll be able to demonstrate lots of improvements! But yes, to be honest, bear in mind that I’ve had a blogging break over the summer school holidays, so when my figures rise next time it may not be as wonderful as it sounds – it could just be a result of actually blogging! In any case, my traffic figures are really low for a PR4 (Google Page Rank of 4, if you’ve been in my classes but forgotten what PR means) and I would hope to really increase them during 2013.
In terms of income, given that I didn’t blog in January I haven’t made much money at all – I still have a unit of Google Adsense on (I don’t expect it will stay there long-term) but with little traffic it made less than $10 this month! My sidebar advertisers expired late last year and I haven’t done any sponsored posts this month. That makes for a quick and easy report!
Over the next few weeks I’m going to devise a more detailed strategy for monetising Not A Ballerina, and I’ve made some great bloggy friends to mastermind this with, both face-to-face in Perth and in other parts of the world – it’s so handy to be sharing our wisdom and exchanging ideas. So – check back in a few months and you will see the results of all these discussion and planning sessions!
Previous Post: « How hashtags make me happy (and how and why you can use hashtags)
Next Post: How to: Add an Instagram feed to your blog »