You are here: Home / Blogging / My bewildered blogging friend proves content is king if you want to “go viral”

Every now and then one of my clients will send me an email or casually ask me at the end of a session something along these lines: “How can I go viral?”

They’ve seen a photo or video or blog post go wild around the world and produce incredible amounts of promotion for someone else, and they want to do the same. And they hope – and I can understand that hope – that there is some magic formula to make this happen.

Of course, when you sit down and think about it for a few moments, you know there can’t be. There’s a combination of factors that will help some little piece of the web go viral but really the only thing you can control is quality. If you create lots of online content that is high quality, then you’re increasing your chances of people wanting to spread your little bit of the web to friends and colleagues across the world. And I have a great example to prove it!

A few months back, I was sipping my cup of tea in playgroup when I overheard some of the other mothers talking about “some internet thing” they’d be forwarding to all their friends. My ears pricked when I heard them mention it was about having three kids. I asked them for some more details and sure enough, it was the blog post I suspected it might be, written by my blogging student (and friend) Shannon, owner of the parenting blog Relentless.

Shannon wrote a post called The Brutal Truth About the Third Child when she was pregnant with, as you might guess, her third child. It’s a beautifully-written comparison of parental experiences as the first, second and third children are born. 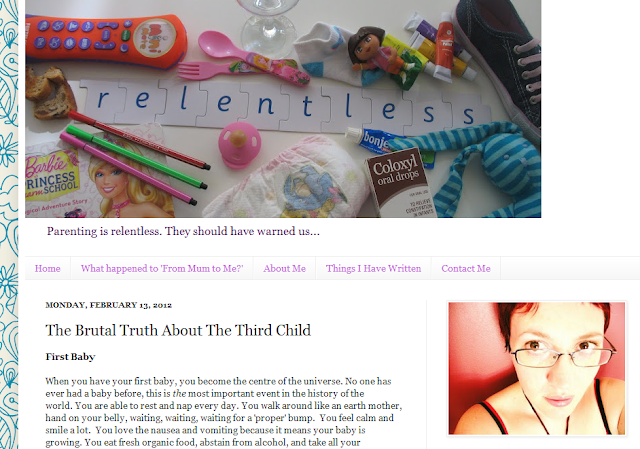 She didn’t promote this post in any unusual way – she posted it on her Facebook page as normal, and that was it. Suddenly, it started getting massive amounts of internet traffic, and the reason was simple: people loved it and wanted to share it with their friends. Shannon started to email me with questions like “Should I reply individually to every single comment?” when it began to get dozens and dozens of comments, well more than the usual half a dozen she would feel lucky to get. I watched as numerous of my friends shared it on Facebook – and not because I’d told them about it, either. Her Facebook fan page follower number jumped dramatically, enough to make me rather jealous, I must admit!

Half a year later, Shannon’s blog goes from strength to strength, but the massive boost she received from that one post going viral is still having a huge effect on the amount of interaction she gets, both on the blog and her blog’s Facebook page. And for me, it’s absolutely proof of what I always tell clients who ask me “the viral question” – it’s all about quality.